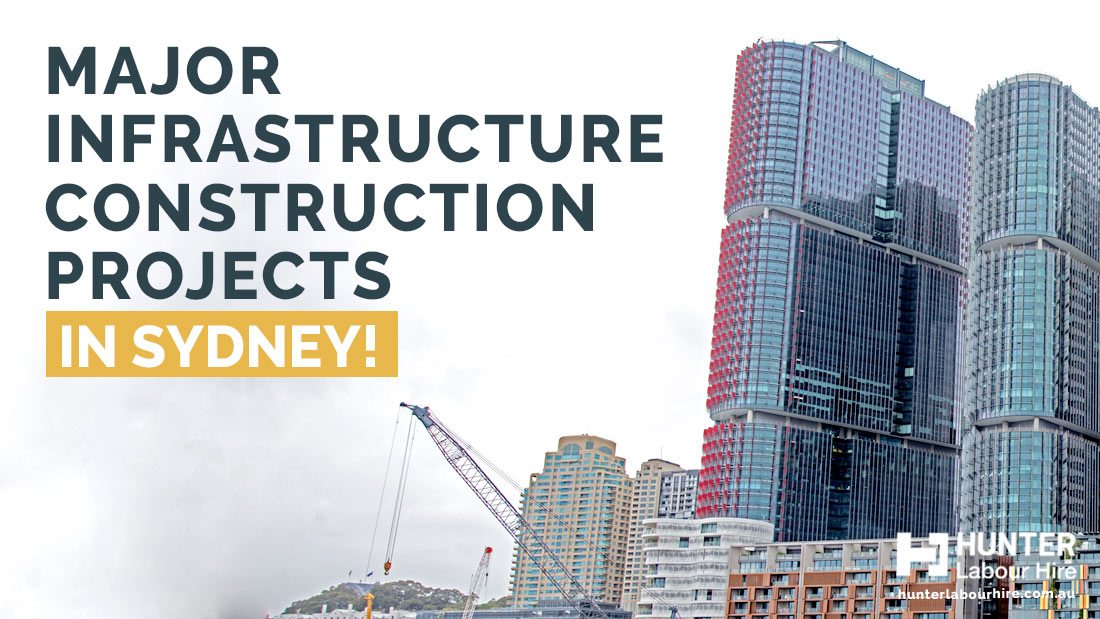 Posted at 06:32h in Labour Hire Agency by HLH Admin 0 Comments
1 Like 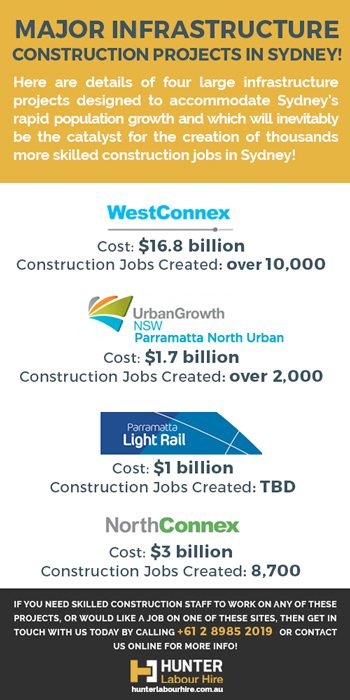 WestConnex is the largest and most expensive ($16.8 billion) transport infrastructure project in Australia. Designed to ease congestion the project includes widening and extensions (under and overground) of the M4 between Parramatta and Homebush, doubling the road capacity of the M5 East with new underground tunnels between St Peters and Kingsgrove, joining of underground routes together via the M4 to M5 link tunnel, providing a western bypass of the CBD, providing connections to the Western Harbour Tunnel and Beaches Link and a connection to Sydney’s airport. The project will create over 10,000 new construction jobs including hundreds of apprenticeships before its expected completion in 2023.

The Parramatta North Urban Transformation program is a flow-on from the WestConnex project and has been in planning since 2013. Parramatta boasts a growing population and the main purpose of the proposal is to conserve the heritage of Parramatta North. Including refurbishments to Cumberland Hospital, Parramatta Stadium, Parramatta Park and The Old Kings School, the project will also be delivering a significant number of improvements to the infrastructure and the creation of a mixed-use precinct. It’s suggested that the project will create 2,700 new homes and around 2,000 new jobs. Site work is now underway on the first phase of the development.

Parramatta Light Rail is one of the latest infrastructure projects to be delivered by the NSW government to help tackle Sydney’s ever growing population. Expected to cost $1 billion, the project has been split into two stages. The first stage stretching 12km will link Parramatta’s CBD with to several surrounding residential, employment, cultural, sporting, medical and educational precincts. This stage is expected to be completed by 2023. Stage 2 of the project which links Camellia to Strathfield is being developed in conjunction with the Sydney Metro North West project. The project is still in the planning stages but it is expected that stage 1 will commence in 2018. Based on the success of the Sydney CBD and South East Light Rail, this will be another catalyst in creating job opportunities for skilled construction workers in Sydney.

NorthConnex is a tunnel which will link the M1 Pacific Motorway at Wahroonga to the Hills M2 motorway at West Pennant Hills. Stretching 9km in length this makes it the longest tunnel project in Australia. The twin motorway tunnels with capacity for 3 lanes each are predicted to reduce the number of trucks daily by 5,000 reducing congestion significantly. It’s suggested that aside from the long-term congestion benefits, the $3 billion project will create 8,700 new jobs. The project is in full swing and is still expected to be open to traffic in 2019. 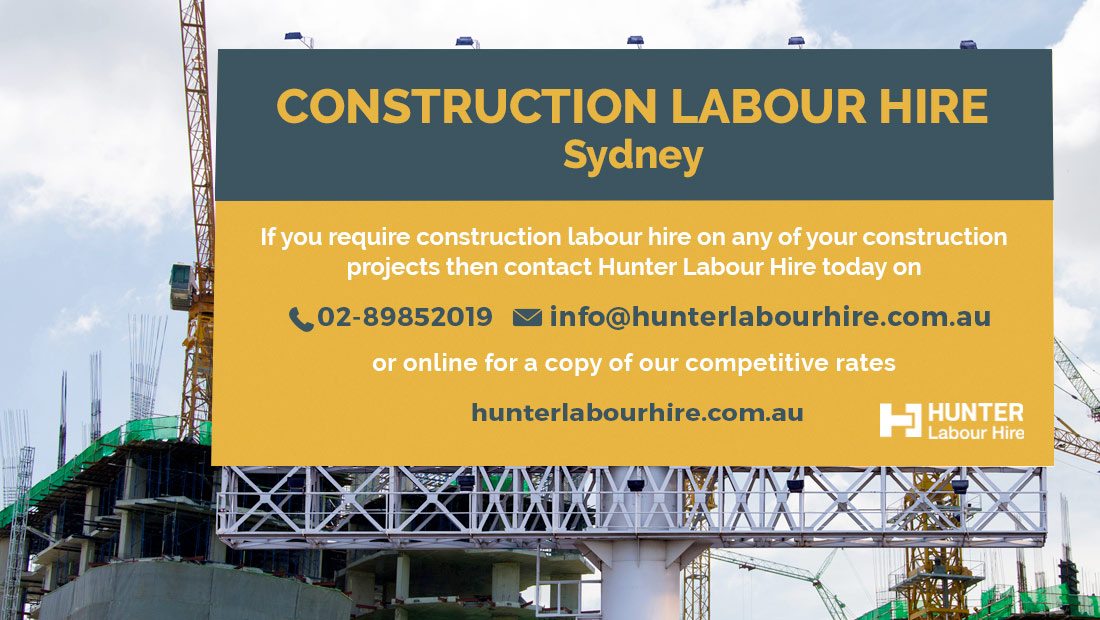 If you require construction labour hire on any of your construction projects then contact Hunter Labour Hire today on 02-89852019, email info@hunterlabourhire.com.au or contact us online for a copy of our competitive rates.

Are you a tradie who wants to work in Sydney?

Then enter the draw to win FREE flights to Australia with a job waiting for you here when you arrive!