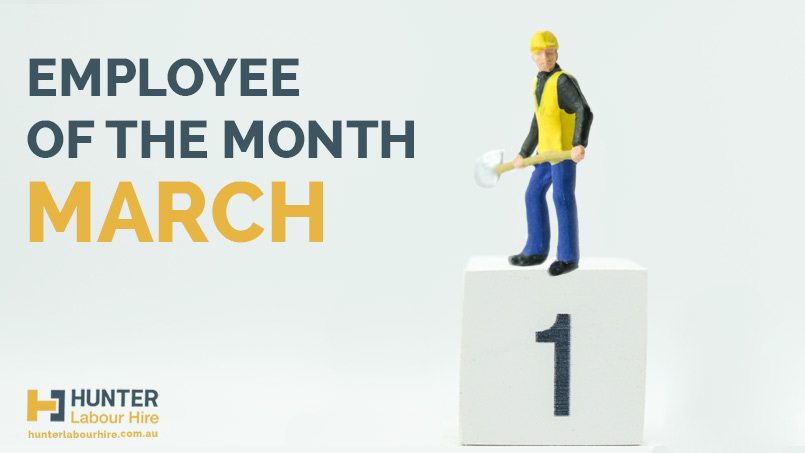 05 Apr Employee of the Month – March

Posted at 07:27h in Employee of the Month by HLH Admin 0 Comments
2 Likes

HLH Employee of the Month – March

Well, we’ve now finished the first 3 months of 2018 and after naming our employee of the month for February it’s time to give props to the Employee of the Month for March – Luca Christ! Luca joined the HLH team in January this year and from the get go he’s always had a fantastic attitude towards every job he has been assigned too. During his first few months he’s worked for a variety of different clients and his positions have all been quite different.

A Man Of Many Labour Hire Talents

Luca started off doing very general labourer hire work on site, duties which included assisting with deliveries, site clean-up and basic trade assistant work. It was clear that Luca’s capabilities were much more than these general duties, so his second project was a demolition job in the city where an old café was being converted into an office. This involved using a variety of demolition tools such as jack hammers, grinders and demolition saws. He’s also worked closely with a gang of roofers assisting them with felt and baton work, followed by a job assisting metal fabricators. 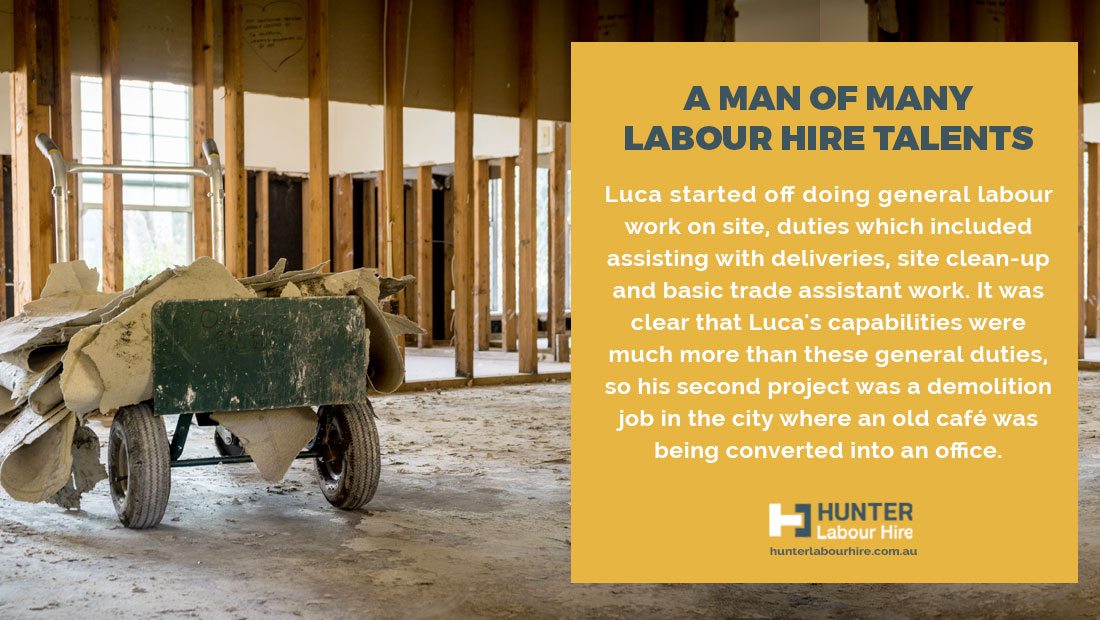 Finally, and most recently, Luca has taken on a maintenance roll on a University campus. His latest position involves anything from basic plumbing, basic carpentry, demolition, basic electrical work…the list goes on. As soon as the request came in for this position it was clear that Luca’s diverse skill set would be perfect for the role.

Feedback for Luca from every client has been extremely positive and as a result he has been specifically requested back by clients. Often Luca has travelled 1.5hrs+ to and from work without any complaints, arriving with a smile on his face and completing the job in hand to an exceptional standard. He has a 100% record when it comes to positive feedback, attendance, timesheet submission and responsiveness to our account managers questions/queries. A well-deserved employee of the month for March! Keep up the great work Luca! 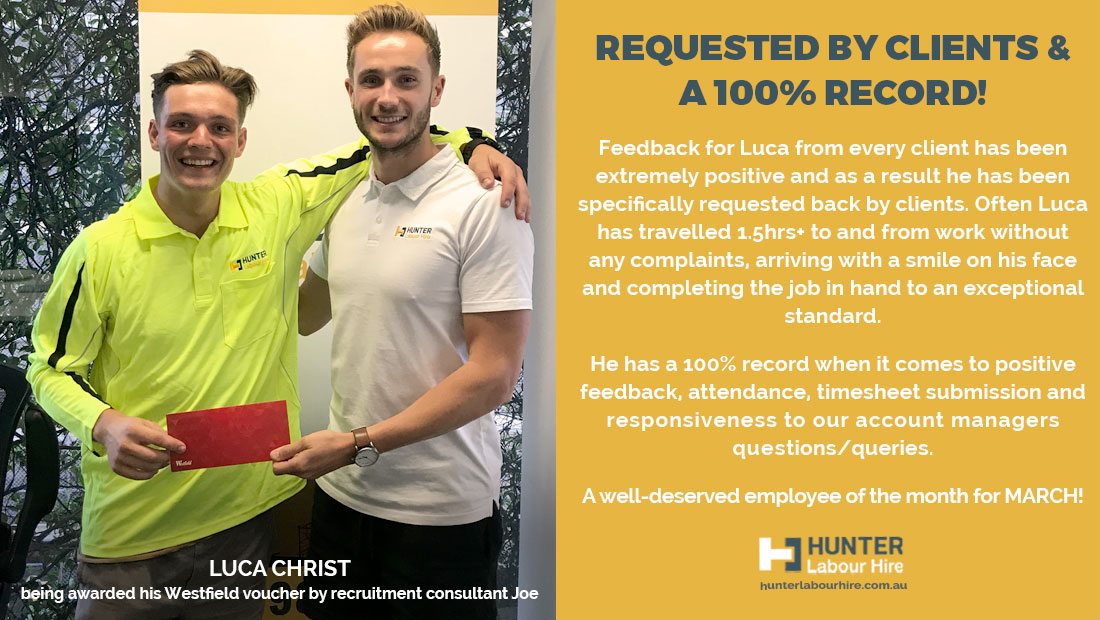 Future Employees of The Month

With March now behind us we’re now seeking out future employees of the month. If you’d like to join the HLH team and work in labour hire in Sydney then apply online now and we’ll get back to you to arrange an interview. Or, if you’re looking for some of the best labour hire talent in Sydney for an upcoming project give us a call on +61 2 8985 2019 or contact us online and we’ll get a future employee of the month out to you!