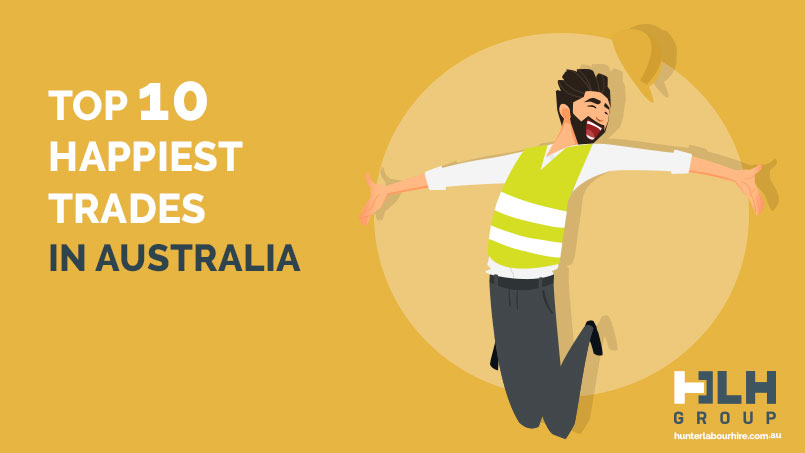 13 May Top 10 Happiest Trades in Australia

In today’s day and age, there has been a shift to encouraging employee morale and happiness at work. As managers are slowly starting to discover happy employees leads to higher levels of productivity resulting in fewer ‘sickies’ and mistakes. According to a new study that looks into employee wellbeing, only one in five Australian workers (19%) are happy with their current career. So let’s dive into this week’s blog as we are going to focus on the construction industry and determine what trades are the happiest in Australia, read on to find out!

What are the most enjoyable trades in Australia? Landing a job is hard enough on its own, but landing one that fulfils you – now that’s a tougher challenge but remains a goal for all of us. Based on data gathered from Statistica here is a list of the top 10 happiest trades in Australia:

It’s no surprise that landscaping labourers are #1 on the list! Work outside every single day and work directly with nature. The role may not be as promising during the Australian summer with temperatures above 35 degrees. It just proves the old saying “money doesn’t buy happiness” as there are higher paid roles lower on the list. 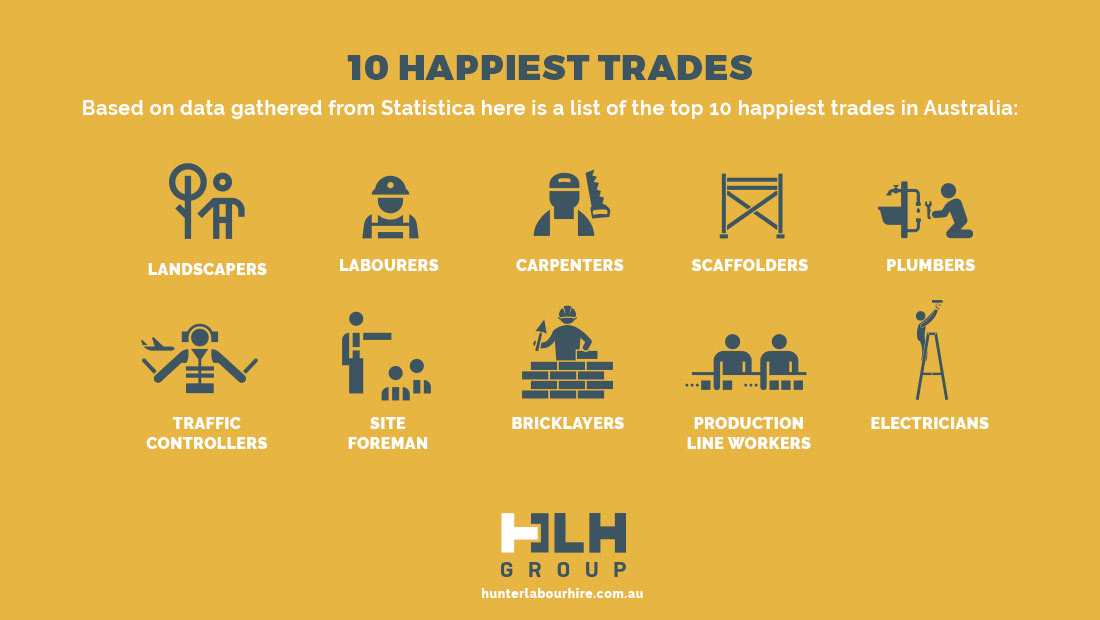 So what factors determine a construction workers happiness level?
1. Site Location: Location. Location. Location. Let’s face it everyone would much prefer working in the sun on the beaches of the Eastern Suburbs rather than a small residential apartment in the Western Suburbs on a 40-degree day. The site location matters as it determines how far you have to travel for work each morning and afternoon. More time in bed = more happiness.
2. Employees: You work on site 40 hours a week, although they may not be your best friends off-site you still need to have a good relationship with your coworkers. The people you surround yourself with can make an 8-hour shift feel like 4 hours or 12 hours depending on how well you all get along.
3. Job Role: It’s no secret some job roles are more fulfilling than others. If you are doing the same task every single day for weeks on end you are naturally going to get bored and less satisfied with your role. Mixing your role either daily or weekly can play a major role in influencing your overall happiness levels on site.
4. Money: Okay okay we know we are contradicting ourselves by saying “money can’t buy happiness” but hear us out. Some people in this world are very money-driven as it enables them to purchase and do things outside of work hours that make them happy. We are not saying it should be the ultimate factor that decides your happiness but it definitely shouldn’t be overlooked. 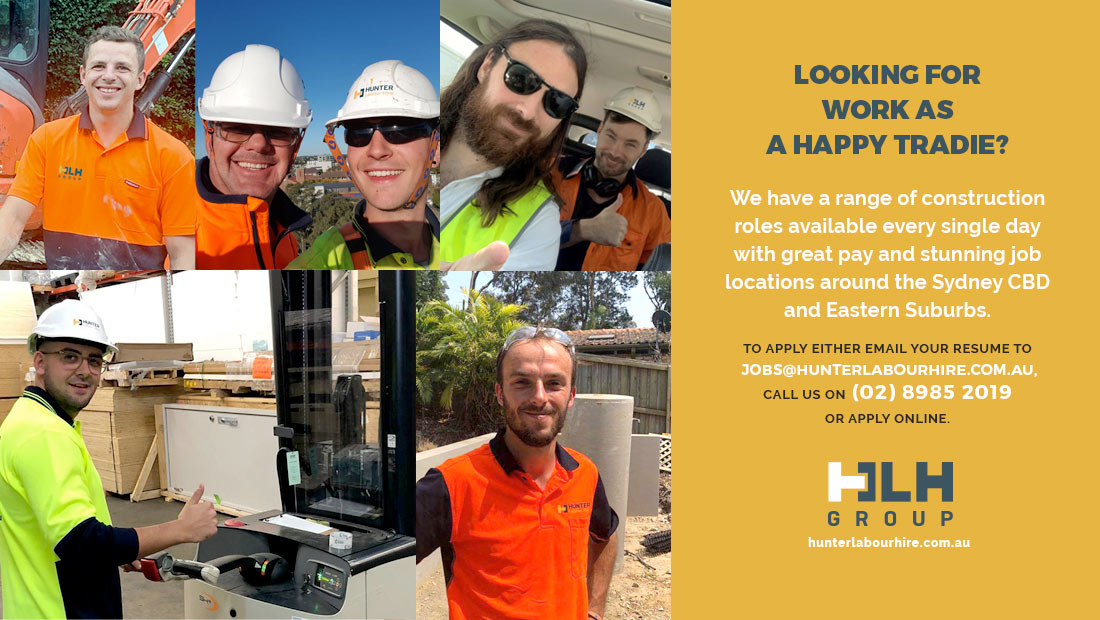 Looking for Work As A Happy Tradie?

If you are unfulfilled in your current role at the minute and want to work for a labour hire agency that values employee happiness, look no further than HLH Group. We have a range of construction roles available every single day with great pay and stunning job locations around the Sydney CBD and Eastern Suburbs. To apply either email your resume to jobs@hunterlabourhire.com.au, call us on (02) 8985 2019 or apply online.