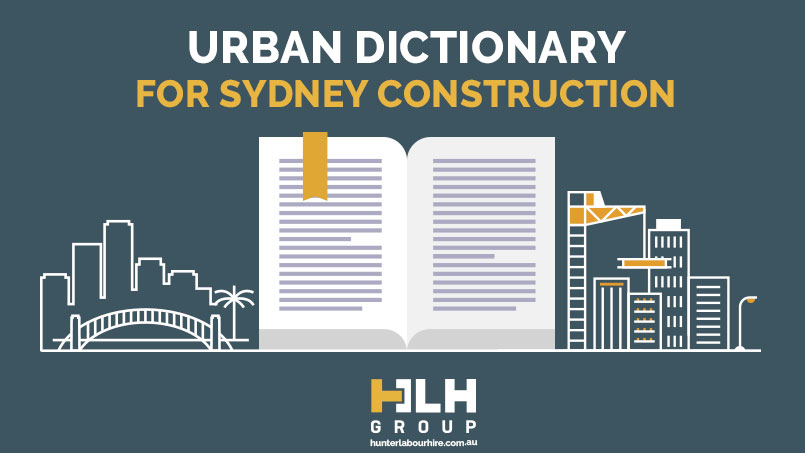 There are two types of people in life; those that have worked on a construction site and those who haven’t.

For the lucky individuals that have worked on a construction site, you would know that there are lots of slang and words thrown around that wouldn’t make any sense to the rest of the world. That’s why HLH Group is here to break down the TOP 30 most common catchphrases and slang used by our labourers and many many constructions sites around Sydney with our very own ‘Construction Urban Dictionary’.

So, let’s not be bludgers and get on with it! 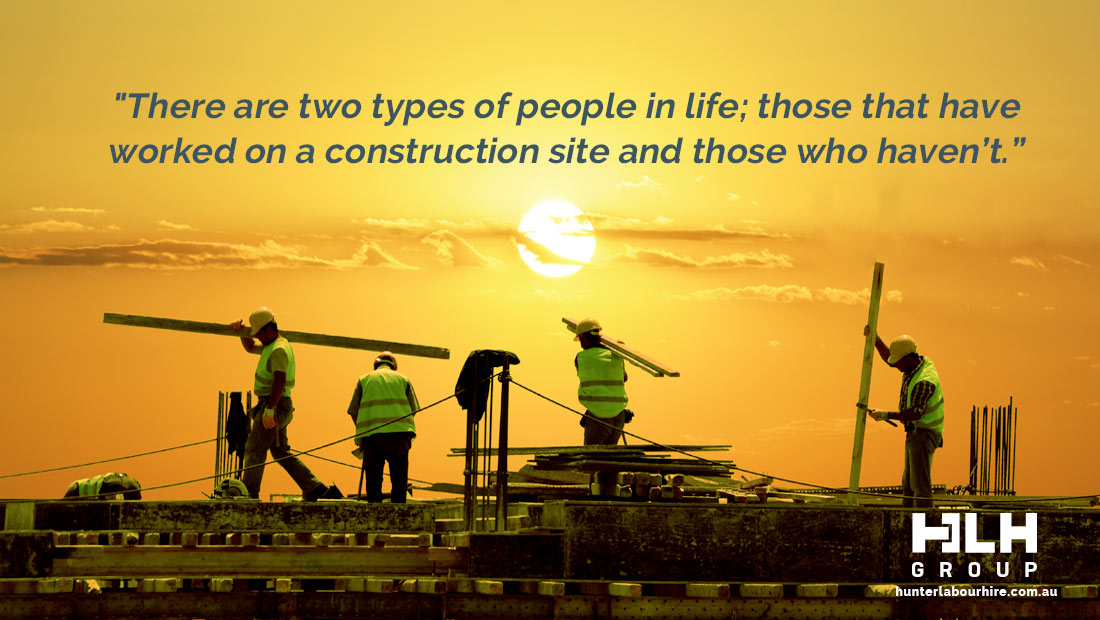 Arvo: Australian way of saying ‘afternoon’. Example – “It should be done by this arvo.”
Aussie: An Australian. One that lives in Australia. Example – “I’m an Aussie”
Borrow: Not returning an item to the original owner. Example – “Hey mate, can I borrow this hammer? I will give it back at the end of the day.”
Bludger: Lazy person on site. Example – A boss would say “get back to work you lazy bludgers!!”
Brickie: Slang or colloquial language for a bricklayer. Example – “the brickie will be here shortly.”
Buckley’s Chance: Little or no chance at all. Example – “We’ve got Buckley’s chance of completing this by lunch mate!”
Bunnings: Australian household hardware chain. Example – “Can you head to Bunnings and pick us up some more shovels.”
Chippie: A chippie is a slang or a colloquial term for a carpenter. Example – “We’ve got three chippies and one labourer on site.”
Deadset: 100% sure of it. Without a doubt. Example – “The labourer HLH Group provided me is a deadset workhorse and legend.”
Dog’s Breakfast: Another way of saying “a complete mess”. Often used by site supervisors to describe their messy worksite. Example – “It deadset looks like a dog’s breakfast in here”
Dreaming: When you advise someone involved in a business transaction to tell their counterpart that he’s “dreaming,” you’re suggesting that the other side is not offering a fair deal. Example – “Tell him he’s dreaming”
Dunny / Loo: Toilet. Example – “I need to go to the dunny/loo”
Gone Walkabout: Gone missing. Example – “The subbie has gone walkabout for the last two hours.”
Gopher: A worker that is assigned running around doing various small tasks. “We will get the gopher to Bunnings for us.”
Ham: Commonly used by UK workers referring to overtime. Example – “Is there ham on the weekend?”
Hit the Frog and Toad:  Hitting the frog and toad is when you hit the road and leave the job site. Example – “Let’s hit the frog and toad to get home by 4.”
John Dory: Commonly used when wanting to know details or information about a certain topic, the word ‘story’ is replaced by ‘John Dory’. Example – “What’s the John Dory?”
Knock-off / Bundy-off: To leave work at the end of the day. Example – “Boss, what time can we knock off today?”
Lollipop Worker: Traffic controller work, which involves directing vehicular and pedestrian traffic around a construction zone, accident or other road disruption. Example – “We need to get Simon on the lollipop to direct traffic away from the site.”
Parmi: Chicken parmigiana, or chicken parmesan, is a dish that consists of breaded chicken breast covered in tomato sauce and mozzarella, parmesan, or provolone cheese. Example – “Can’t wait to eat a parmi at the pub tonight.”
Rain-day: When it rains on a job site forcing temporary cease of work. “We didn’t work yesterday as it was a rain-day.”
Servo: Short for service/gas station. “Can you get us some meat pies from the servo down the road?”
Smoko: A slang term used on building sites, meaning a morning-tea break, or a smoke break. Example – “we’ll knock off at 11 for smoko”.
Sparky: Slang or colloquial language for an Electrician. “The sparky will be here tomorrow.”
Subbie: A term used in the construction of a subcontractor. Example – “We will just get a subbie in to do it.”
Thingamajig: used to refer to or address a person or thing whose name one has forgotten, does not know or does not wish to mention. Example – “Can you please get me the … uh… a… thingamajig.”
Tradie:Tradesman. Example – “I work as a tradie for a living.”
Working Back: When an employee has to work overtime past their normal finish time. Example: “Boys, looks like we are working back today to get this finished.”
Yeah nah: Slang for No. Example – “Yeah nah not a fan of that.”
Nah yeah: Slang for Yes. Example – “Nah yeah you’re right.”

What Would You Add?

We hope you enjoyed our Urban Dictionary for Sydney Construction and now feel more comfortable speaking to fellow tradies and labourers on worksites. If you didn’t find your favourite construction slang be sure to leave a comment and let us know about a word you think we should include in our next version.

Test Out Our Urban Dictionary

If reading this urban dictionary has inspired you to speak the ‘tradie lingo’ and become a worker on a construction site in Sydney, then feel free to register with us or view our list of current jobs available.